[David Oakley is the author of this web-page] 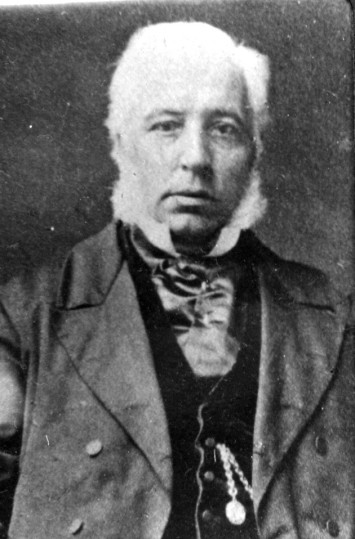 In 1841, William was a 19-year-old iron founder’s apprentice, living with his parents, Thomas and Abigail at Spring Gardens, St Mary, Shropshire.  By 1851, William had moved London, married Ann and had two children William A. and Henry L..  The family lived at High Street, Church Row, Bromley, St. Leonard.

Very detailed 1:1250 maps were produced by the UK Ordnance Survey in 1948.  Figure 4 shows the detail of the area South Bomley High St., including the Copper Works, Foundry and Iron Works, located south of street numbers 34 – 60.  BS is a bus stop. PH is public house. BM is a bench mark.

At the end of Bromley High St. was St Leonards’s church, presumably destroyed to make way for the Blackwell Tunnel Northern Approach Road.  A plaque on the entranceway shows the date 1894.  George Augustus Mayo (1840 – 93) was the minister.

On the 1898-99 Booth Poverty Map shows an iron foundry at the southwest end of Bromley Bow High St.  In November 2000, I visited Moulder’s Arms an interesting pub at the same location.  Above the door is the sign: 1898 Watney Combe Reed.   Watney is a British brewer.  Nearby is The Three Mills (1776), where corn was ground and gin distilled.

In 1892, there were extensive railway tracks nearby and the Lea River ran close by.  In the middle of Bow Road to the left of the interchange on the 2001 map is Bow Church, also clearly visible on the 1892 map.  Half a mile away, just left of the triangle of tracks on the 1892 map is Tower Hamlets cemetery, possible where some Oakleys might be buried. 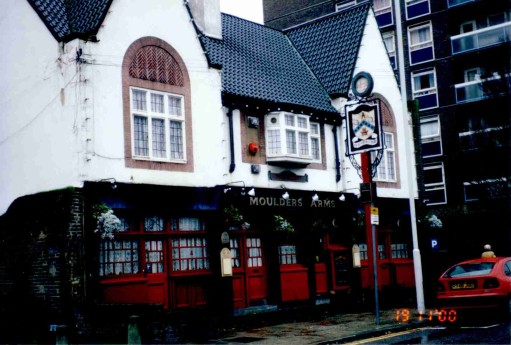 In the census, William is listed as a 15-year-old iron founder’s apprentice.  Of course, we know that this is a census round down.  His true age was 19.

As well as the Exhibition at Crystal Palace, 1851 was the year of the census, so we know the occupants of 89 High Street, Church Row:

*Salop means from Shropshire or Shrewsbury.

According to this census, the Oakleys now lived at 3 Bromley Cottages, High Street, Bromley Bow.

In 2005, this elegant four-story Victorian town house had been divided into two flats. There were only 20 houses on the west-side of Mornington.  Some of the original homes at the top of the road have been replaced. Number 10 is the eleventh house from the bottom (no. 20), where the road is walled off. In 1938, the road was re-named Mornington Grove.

2 April 1871 census data from Ancestry.com lists a calculated birth year.  In brackets is the age listed on the census form.

From The Law Journal, Volume 14, March 1, 1879:  The following principal sales by auction of landed and other properties during the past week is from the Index to the Estate Exchange Register:-Bromley-by-Bow. – High Street, freehold iron foundry, with plant, &c., area 16,435 square feet, 3400l.

In this census, the Oakleys lived at 192 St. Leonards Road, Poplar.  This row of houses has now been replaced by a block of flats.  However, what appears to be the original driveway is still there (Figure 11)  X marks an overhead section above the driveway next to the red house plan view in Figure 10.

In 1881 shown in yellow was a structure that might have been the Oakley foundry.  St. Michael’s Church building is still there but it may have turned into flats!  For reference, the light grey shaded overlay is the lot of our home in San Diego. 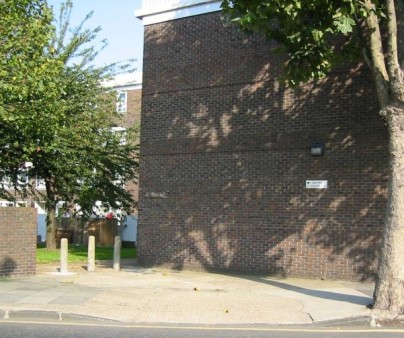 By 1881, there are no servants and only three children compared with ten in 1871 at Mornington Road:

Census data shows that by 1891, Annie Oakley was a widow, so William died between 1881 and 1891. Annie lived with her daughters at 12 Evesham Rd, Stratford, West Ham, about a mile northwest of Bromley-by-Bow, just north of East London cemetery.  Census data:

There seem to be two families at this address, so maybe this was a rental.

William came from the North of England.  (Actually he was born in Shropshire.)  Possibly he could have been involved in the construction of Ironbridge, the first iron bridge in the UK.  His wife came from Northampton (she is shown born in Newcastle in the census!) and her family was in the shoe business, and Royalty were supposed to have visited the shop.

William had an iron foundry in Bow and was very wealthy.  He had a large family and the children went to boarding school.  He also had servants to wait on them.

He was a Freemason.  One of his daughters (Presumably Ada Oakley)  emigrated to America.  He was very kind to the poor. William thought nothing of taking a poor boy off the street and buying him a suit.

Unfortunately, he lost all his money through family troubles and ended up quite poor.  [Most likely, the foundry produced wrought iron, superseded by steel.  Invented in 1856 the Bessemer process could produce several tonnes (1000kg) of steel in 30 minutes.  By comparison, only 7 cwt. (365 kg) of iron could be smelted in a puddling furnace over a two-hour period.  In 1870 British wrought iron production was 3 million tonnes.  By 1900, production was just over 1 million tonnes and by 1930, 113 tonnes]

Another daughter, Anne was a wonderful pianist and she used to entertain us at home.  She was nearly blind but it made no difference to her playing.

[David Oakley is the author of this web-page]