Archibald Street in 1968, looking west from Wellington Way.  Beyond the lamp post on the left, no 20 Mornington Grove is just visible. Here’s approximately the same view today (July 2017) 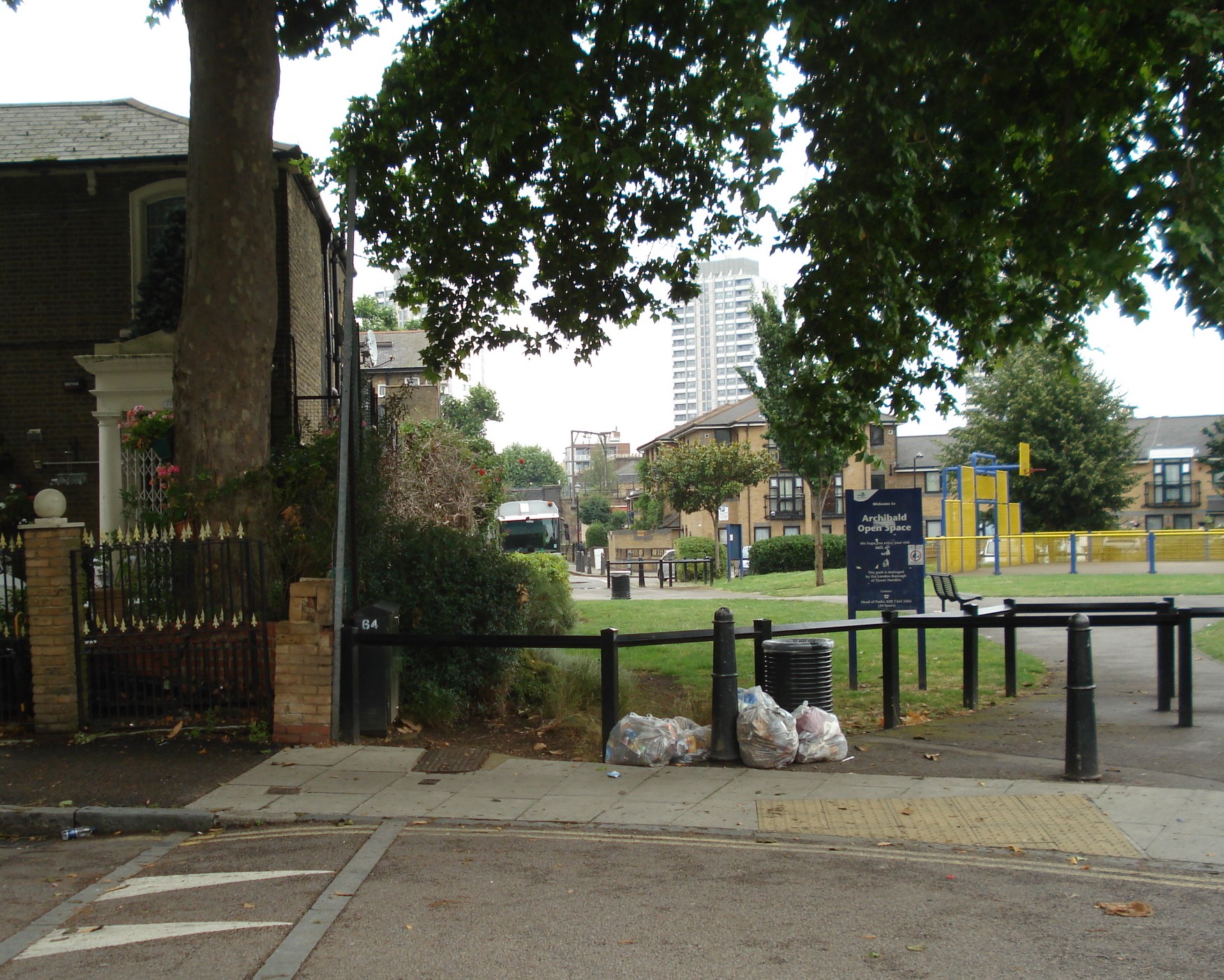 In 1977 the Queen’s Silver Jubilee was celebrated across the nation, and in Mornington Grove:

The artist Peri Parkes lived for some years in No.21B, having previously lived in No.17C. He painted many wonderful pictures whilst living in Mornington Grove.  You can see some of his paintings here – several of which are views from his Mornington Grove windows, at a time when the houses along the south side of Archibald Road had been demolished leaving a triangular wasteland.  In the distance Canary Wharf is under construction.

Here’s a view from 21B of the west side of Mornington Grove:

In February 2010 ‘they’ came to resurface and put white lines to keep the parking in order – and for a brief idyllic moment THERE WERE NO CARS IN THE STREET! 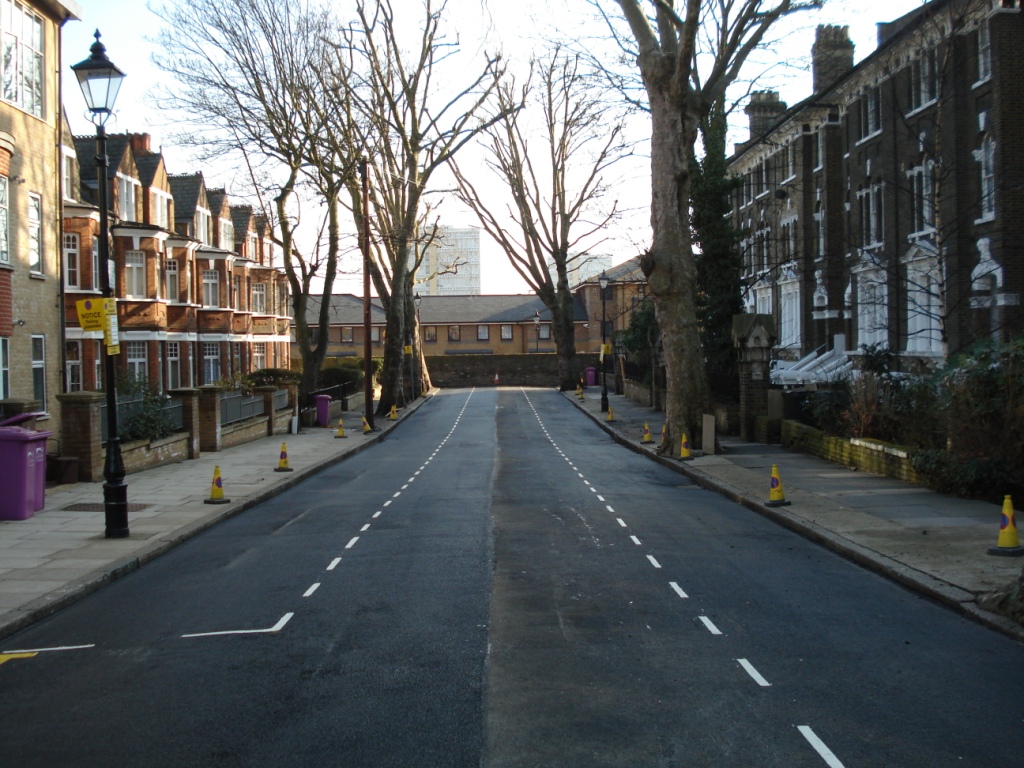 Every year the mighty plane trees let fall their golden leaves – here’s how it was in November 2011: 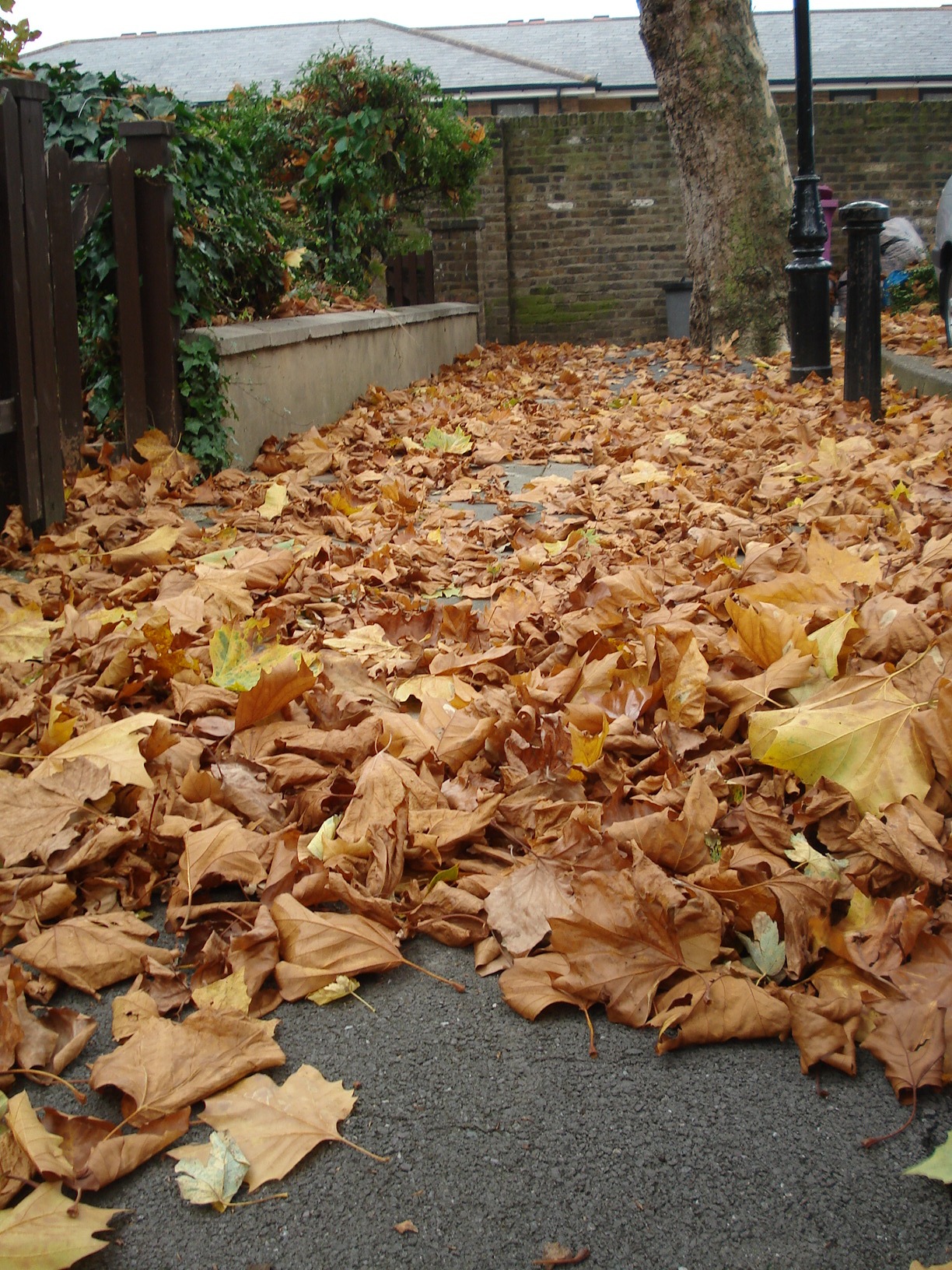 View from the bridge over the District Line, junction with Eleanor Street

Nos 7 & 8 – where the original ‘grand houses’ were destroyed by an Air Raid in October 1940, and were replaced by prefabs, until the present block of flats was built to dimensions and with generous eaves that seek to reflect the grand houses that once were there.

Nos 28 & 29, that stand where Crispin & Borst builders’ yard once was; their head office latterly in No. 27, though prior to that just after World War II Crispin and Borst had apparently used most of the houses on the east side.

The Coach House – now No.1 with its coaching entrance bricked in. 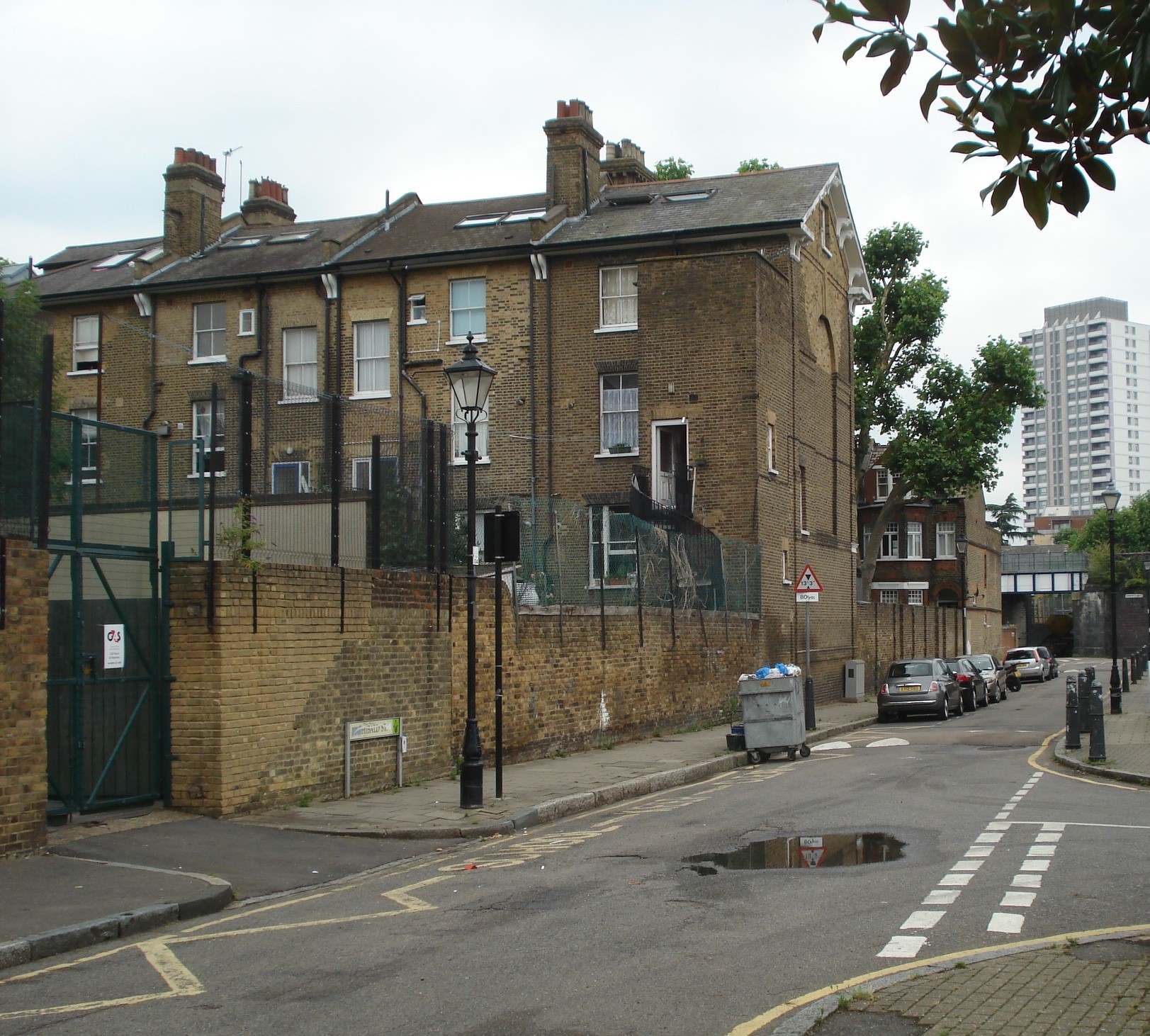 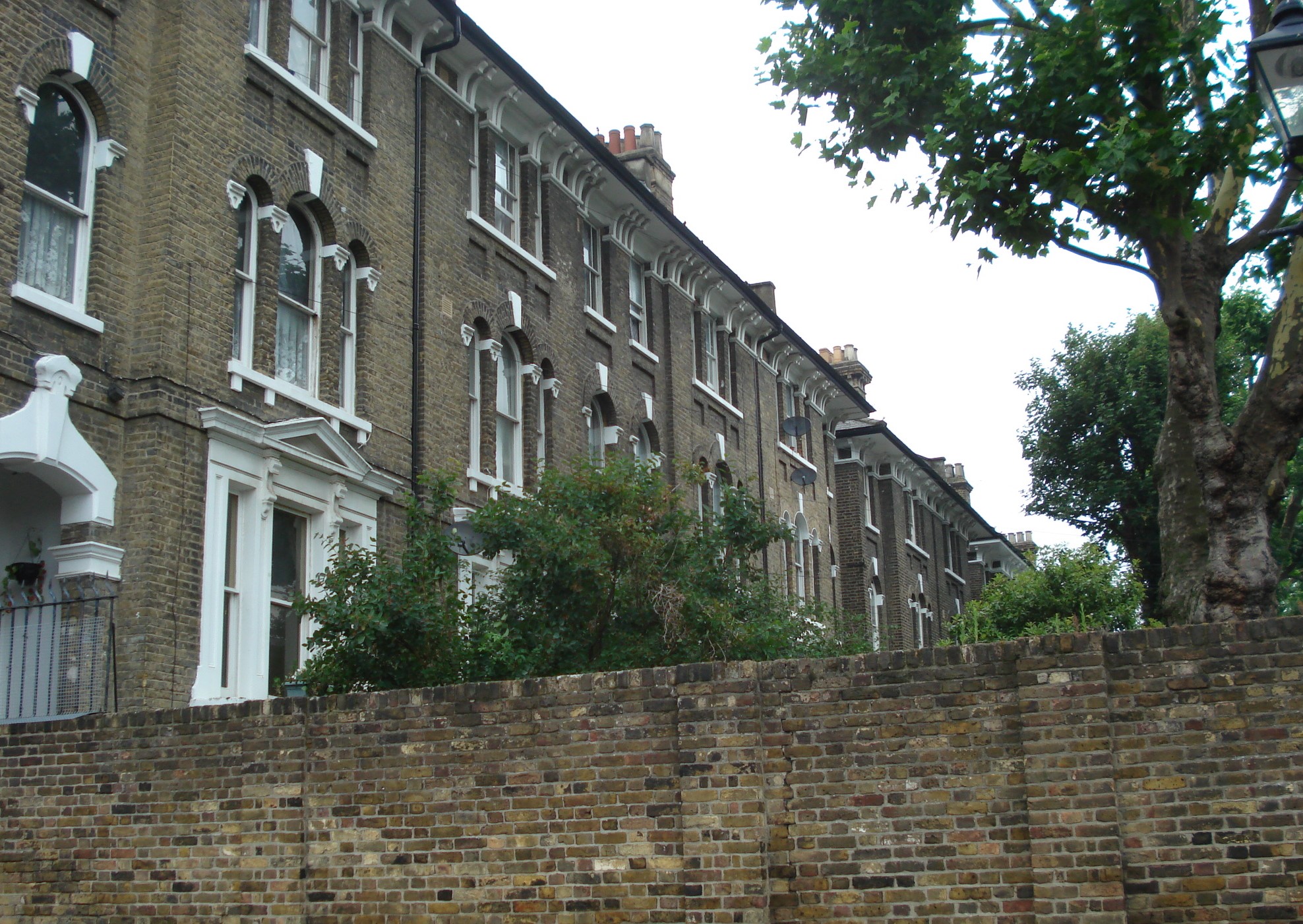 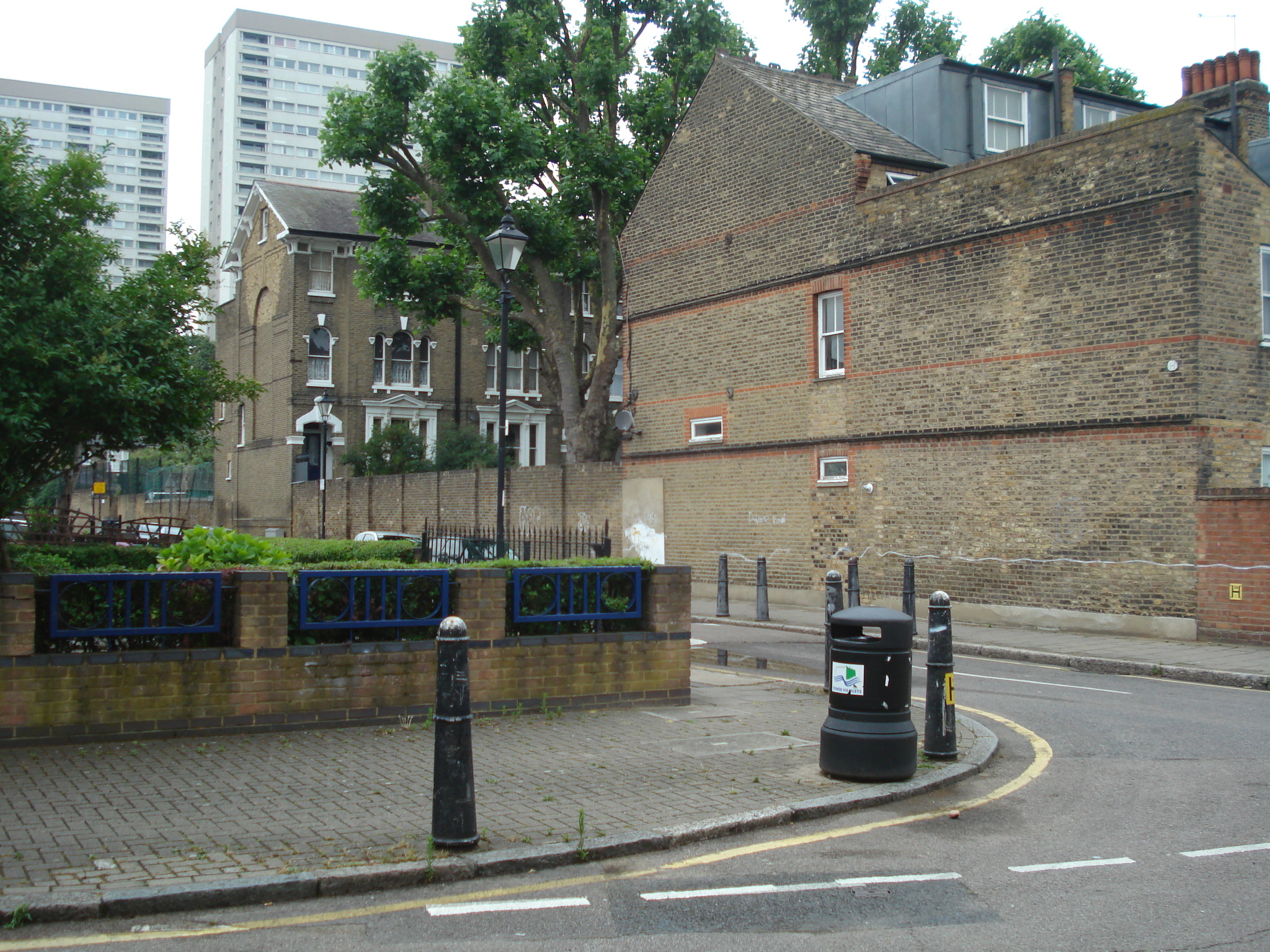 The Probation Service, 50 Mornington Grove, rear of the Thames Magistrates Court building, built 1990, on the site that was once the imposing Bow Road Presbyterian Chapel, and church hall, and 4 houses that were once St Leonard’s Terrace, later nos. 45-48 Mornington Grove.