The corner of Mornington Road and Bow Road, sometime between 1906 and 1914, a postcard.  To the left of the Presbyterian Chapel is the County Court.  Now the Thames Magistrates Court stands on the site.  The west corner of the entrance to Mornington Road is marked by a brick pillar, somewhat modestly copied today:

Below is a view of Bow Road in the 1931, the corner pillar of, presumably, the Presbyterian Chapel or the County Court on the right, the bus stop roughly where it stands today. This is painted by Elwin Hawthorne.

Find out more about Elwin Hawthorne at: http://spitalfieldslife.com/2013/01/17/elwin-hawthorne-artist

And here is a wonderful painting of Mornington Road itself in 1931 by Walter Steggles. Find out more about the East London Group of artists here . 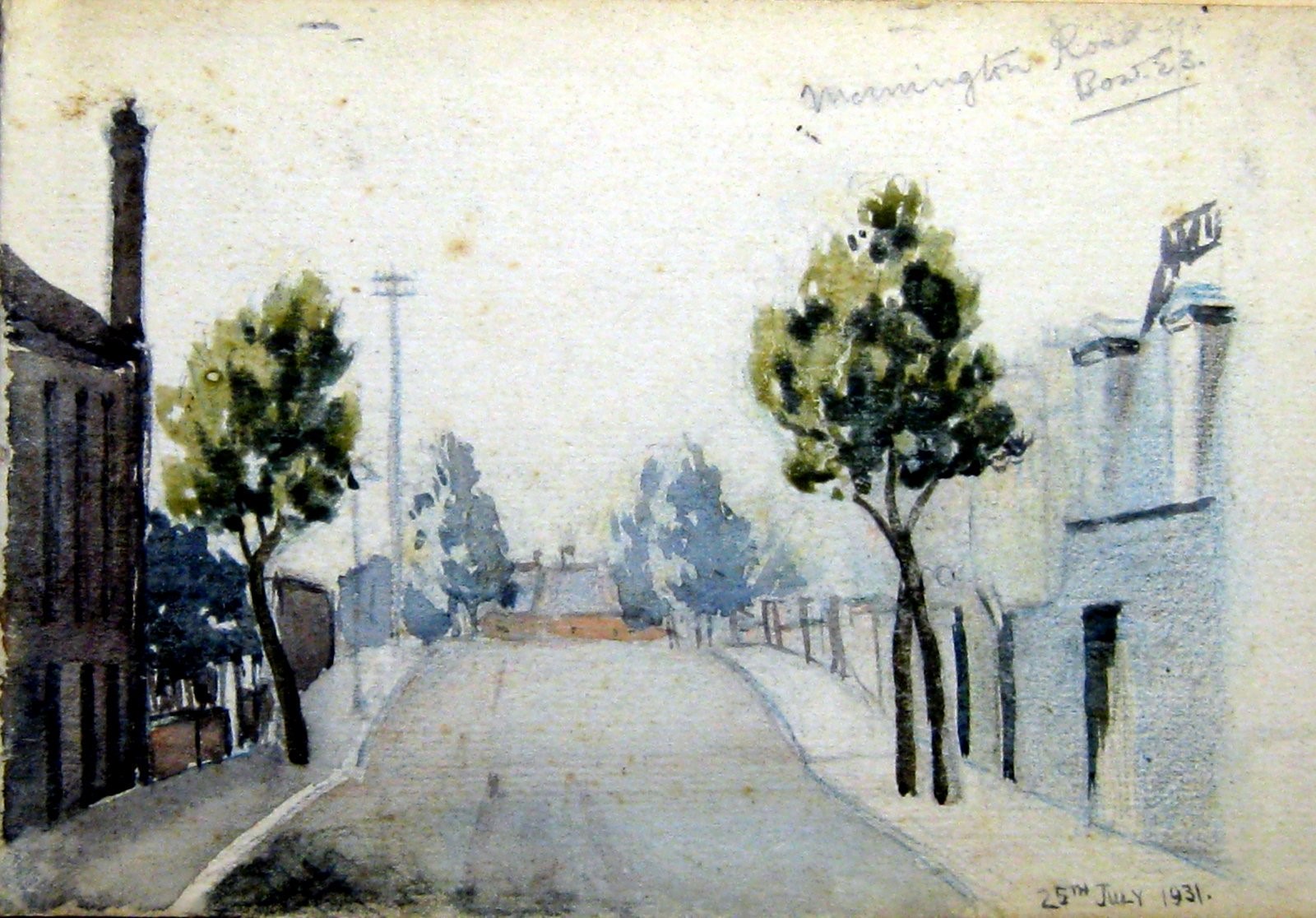 Look out for the new book to be published in October 2017 East End Vernacular, Artists who painted London’s East End streets in the 20th Century more details here

This picture of Bow Presbyterian Church (courtesy of Tower Hamlets Local History Library collection) on the corner of Mornington Road shows the wall and chimney that Walter Steggles painted on the left foreground of his picture. 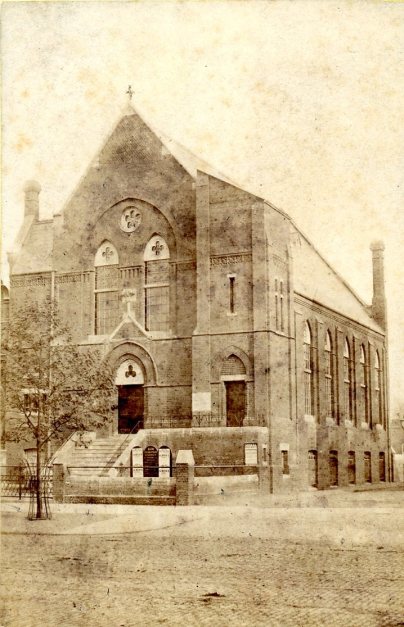 This present-day photograph from roughly the same vantage point as Steggles’s painting, the coach-house window and the rise over the railway bridge are shown in both, but the trees have now grown considerably.